Gold and silver have served as currency for more than 5,000 years; gold has been a valuable and highly sought-after precious metal for coinage. Pure gold is too soft for day-to-day monetary use and is typically hardened by alloying with copper, silver or other base metals.

The gold content of alloys is measured in karats (k).Pure gold is designated as 24k. English gold coins intended for circulation from 1526 into the 1930s were typically a standard 22k alloy called crown gold. 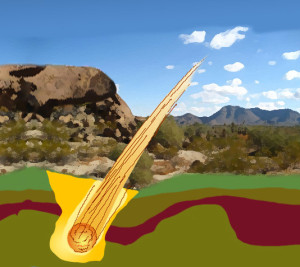 Gold is utilized in many different ways; from monetary exchange to investments, medicine, dentistry, electronics, and jewelry and in many other industries and applications.

In the financial world, the ISO 4217 currency code of gold is XAU. Some advisers and investors rely on GLD, the abbreviation for gold in the financial-investment world.

Trade-exchange funds like SPDR Gold shares (GLD) are, indeed, backed by gold, however shareholders are not given the option of taking actual possession of it. 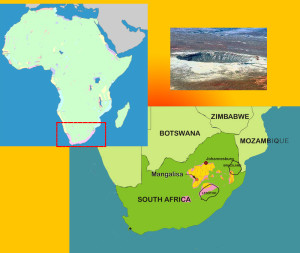 Southafrica – Largest Deposit of Gold in the World – Vradford Crater

Most of the Earth’s gold lies at its core, because of the metal’s high density, it sank there during the planet’s youth.

Virtually all of the gold that mankind has discovered is considered to have been deposited later by meteorites which contained precious metals.

The most famous example is the asteroid that formed Vredefort crater being implicated in the formation of the largest gold mining region on earth – Witwatersrand basin, South Africa.